PIN Verification is required to confirm that the person claiming and verifying the listing through Google Places is actually the business
owner or an authorized representative of the business.

A PIN, also known as a verification code, is sent to either the business address or the business phone. The business owner then enters the PIN into the Google Places account. Once the listing has been verified, the listing will appear on Google.

If you’re having trouble verifyin

What if I receive a postcard or phone call at my business that I did not request?g your business, please visit our verification troubleshooter.

If you receive a postcard or a phone call that you did not request, it’s possible that somebody is fraudulently trying to take over your business listing through a different Google Places account. Don’t worry – unless you shared a PIN from Google with someone who fraudulently requested it, nobody can fraudulently claim your business.
vía: http://support.google.com/places/bin/answer.py?hl=en&answer=17785
2

Critics Say It Saps Creativity but Stakes too High to Ignore

As Procter & Gamble Co. and other marketers are investing more in digital, they’re bringing with them one of their time-honored processes from TV advertising: copy testing.

Jeff Cox: ‘When you drop $1 million, you better be sure it’s working.’

The moves come despite criticism that copy testing leads to bland ads that avoid risks, and that the storyboards or animatics used in copy tests don’t capture the magic production can create. Of note: P&G’s widely acclaimed creative of recent years — TV and digital Old Spice ads from Wieden & Kennedy — weren’t copy tested before production or, in the case of the “Responses” social-media campaign, at all.

Regardless, people close to P&G say it’s “TV testing” most of its digital ads now — video and other formats alike.

In a timely move, digital researcher ComScore last year bought ARSgroup, which has been testing P&G’s TV ads since 1968, just as digital investment and copy testing of digital ads by the world’s biggest ad spender was ramping up.

Without naming names, ARSgroup CEO Jeff Cox said about 75% of the firm’s clients now routinely test at least some digital ads during development.

“A home-page takeover on Yahoo can cost a million dollars a day,” he said. “The traditional thing with digital was if it’s not working, we’ll take it down. When you drop a million dollars in a day, you’d better be sure it’s working.”

Copy testing can squelch creative, Mr. Cox acknowledged. “But the marketplace and the world’s largest advertisers see value in doing this.”

One consistent critic of copy testing has been Saatchi & Saatchi CEO Kevin Roberts, who heads P&G’s biggest ad agency. In speeches over the years he’s said testing in an age of consumer control should come down to a single question: “Would you like to see the ad again?”

Saatchi also happened to be the agency on Old Spice before Wieden got the account in 2006. While Saatchi’s ads were copy tested, like most other P&G ads, Wieden’s weren’t, because the agency stuck to its policy of not allowing ads to be tested until produced. Mr. Roberts declined to comment.

“All of our communications testing is designed to increase the odds of success in market,” Joan Lewis, P&G’s global consumer and market knowledge officer, said in a statement. “We often conduct early learning with prototype production,” she said, adding that it “increases our ability to produce communication that really resonates with consumers.”

But P&G sometimes uses nontraditional approaches, such as real-time consumer feedback during the Winter Olympics last year to tweak another campaign by Wieden, “when we know we have a breakthrough idea,” she said.

Rex Briggs, CEO of Marketing Evolution, a longtime consultant in digital media effectiveness, believes creative inconsistency has hurt digital ad effectiveness and applauds marketers for seeing they need to test copy. “On the other hand,” he said, “to try to force fit the old TV pretesting model into digital is kind of idiotic.”

Rex Briggs: Brands should copy test, but not with the old TV model.

More than TV, the context and content of where digital ads run affects how they work, Mr. Briggs said. Video that runs alongside content performs differently than pre-roll ads, for example. But some copy-testing services, he said, are “trying to hold on to their old TV model and squeeze the cash cow a little longer.”

Making small digital buys to test creative is no longer tenable for brand marketers because online survey response rates have plunged in recent years. Clicks and conversions in small tests are meaningful for direct-response advertisers, Mr. Briggs said, but not brand marketers, since studies have shown no links between clicks and offline sales, brand awareness or purchase intent.

Ratna Ralkowski, research director of Ameritest, another copy-testing firm, said more packaged-goods clients are spendin
Ameritest has developed a classification system for digital ads based on their objectives�ranging from “interception” to “involvement,” with a different set of measurement tools for each objective.g on digital copy testing, though most don’t have specific budgets for it and many are hesitating because of a lack of adequate research options. “Digital is not a single advertising medium, but rather an accumulation of media and should be addressed as such.” 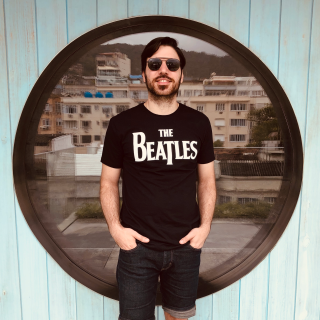